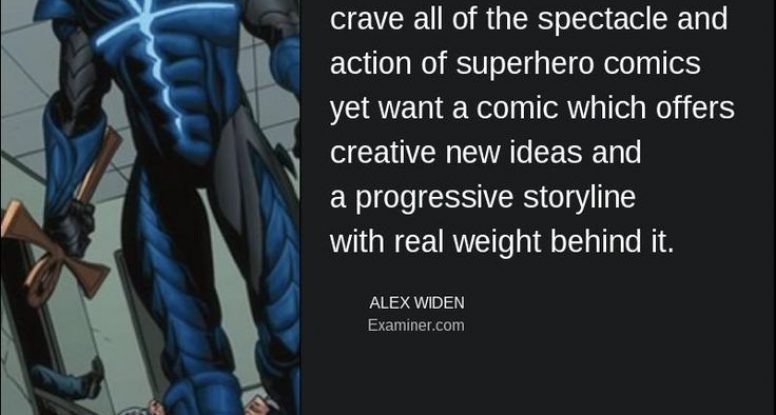 Four Star Review for Legend of the Mantamaji Graphic Novel 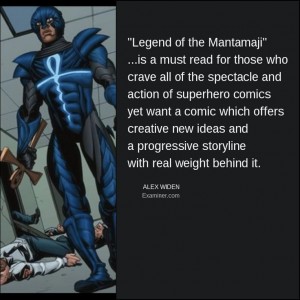 Origin arcs can get bogged down in exposition if a writer isn’t careful, and while this initial volume has a lot of it, the story always makes sure to keep things personal as well as keeping up the mysteries involving the cast. The action sequences are always fast paced and exciting, and the initial volume does a terrific job of setting up all of the rules and premises of the franchise while ending things on enough of a cliffhanger that fans will be chomping at the bit for the next volume.

Read the rest of the review here: “Heritage is destiny in the first volume of upcoming “Legend of the Mantamaji“

The Mantamaji knew there would be no day beyond this one, and this day was bleak and terrible. They fought, therefore, not only with brute force, but with mind and soul and spirit, giving everything they had inside them. For on the last day of your life, why hide two coins beneath your pillow? What good is tomorrow’s bread?

Winter is coming or came to the LegendoftheMantamaji Booth at LBCC14 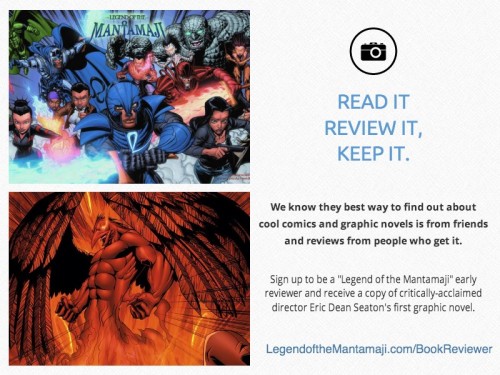 If Oprah is not directly endorsing you, sometimes it’s a bit hard to get your book noticed out there. One thing people do trust is word of mouth and recommendations of real people. That’s why we are still looking for a few good fans to read the books prior to their release and write an HONEST review on GoodReads.com and then again on Amazon.com when the book publishes. 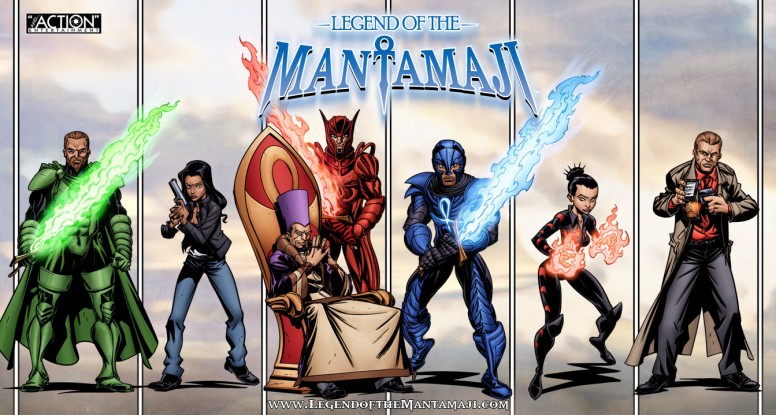 Dreams of Comic Books and Superheroes 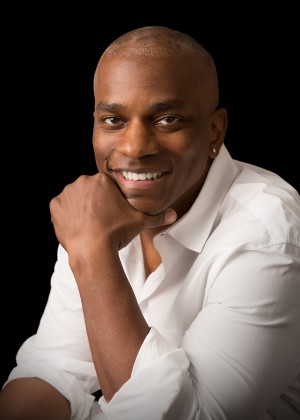 Recently I was featured in an article from the great folks over at OZY.com discussing Legend of the Mantamaji, my comic book inspiration and more.

Do childhood dreams ever fade?

Not for Eric Dean Seaton, not even after he’d already accomplished one of his childhood dreams: establishing himself as an LA director and producer. By his early 40s, he had under his belt 175 television episodes, 18 music videos, Nickelodeon pilots. He’d been nominated for the NAACP Image Awards for his work on That’s So Raven and Mighty Med.

But another childhood dream still beckoned. And so here he is on a muggy July afternoon, wife in tow, manning a booth at the San Diego Comic-Con and promoting his forthcoming graphic novel, Legend of the Mantamaji.

In 21 days you will learn that the Mantamaji fought best from the shadows. For it is said that they fought darkness by becoming like water: quiet, unpredictable, slipping in through every crack. The power of water is the power of surprise. Sometimes only that surprise kept the Mantamaji from death. Legend of the Mantamaji: Book 1 http://www.amazon.com/Legend-Mantamaji-Book/dp/1930315341/ref=sr_1_1?ie=UTF8&qid=1410966045&sr=8-1&keywords=mantamaji