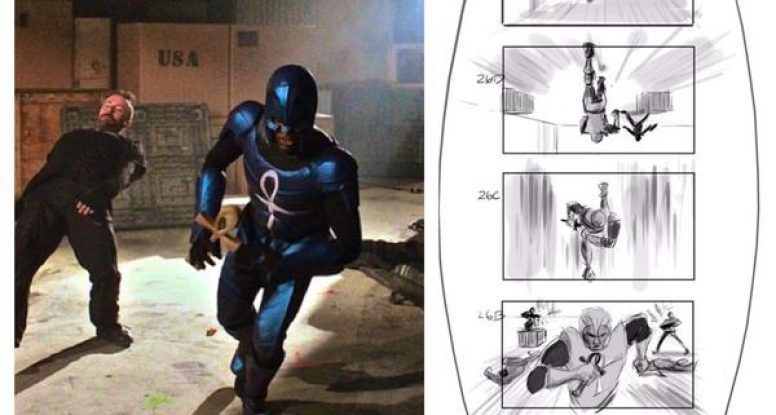 Episode 2 and 3 of Legend of the Mantamaji: Behind the Scenes is Here!

Guess what?! Another episode of “Legend of the Mantamaji: Behind the Scenes is out! And this we’ve released both episode two and three. Take a look at prop and set decorating and check out what it takes to get the superhero run just right.

The Atlantic Black Star has this week’s exclusive on the episodes and a terrific interview with Eric who discusses why he created the live action and what it’s like to be an independent creator right now:

As an independent with a new superhero, you encounter some pretty big obstacles,” Seaton said. “You have to dispel some long held misconceptions people have about independently published comics – that they don’t have longevity, that they are inconsistently produced, hard to find or not well made. Then, you have to establish your characters and the rules of your world in a way that’s interesting and to the point. I say this all the time – when Superman first came out he couldn’t fly, there was no Lex Luthor or Kryptonite. That first Superman would never make it in the comics now, it took years of great writers to develop him into the hero the world knows today. Now, you have to rich content and highly developed characters with all their powers right from the start. That’s one of the reasons why we did the short. You get to see what the Mantamaji can do and a good representation of the action and fun in the book in eight minutes.”

Read the rest of the article here and watch the new episodes below: