3 Days to go! SDCC They’re ready! Are you? Table P-13 LegendoftheMantamaji from And… Action Entertainment

6 Days to Go! SDCC Table P-13 legendofthemantamaji “These stories give not only kids but people in general something to dream about, something to strive for. No matter what age you are if you see something in others or read something about what other people are doing, it can move or motivate you. That feeling never leaves you. That’s why the best stories are wish fulfillment.”

Eric Dean Seaton, director of multiple television hits including “Sonny with a Chance”, “Austin and Ally” and “Undateable,” brings his first graphic novel series, “The Legend of the Mantamaji”, to the San Diego Comic-Con on July 24 – 27, 2014. Seaton has a juicy Comic-Con Exclusive for attendees: Comic-Con San Diego attendees will be the only people who can purchase all three novels prior to their set publication dates. Comic-Con San Diego attendees will also be able to meet Seaton and have their Legend of the Mantamaji books autographed at the Small Press Pavilion, Table P-13, Wednesday, July 23rd, from 6 p.m – 9 p.m., Thursday through Saturday, July 24 – 26th from 9:30 a.m. – 7 p.m. and Sunday, July 27th from 9:30 a.m. – 5 p.m. The novels are also available for pre-order at Amazon.com.

“The Legend of the Mantamaji” is a three-book series that follows the story of Elijah Alexander, a brash assistant district attorney who suddenly discovers he is the last of an ancient race of warriors sworn to protect humans. Fast-paced, heart-stopping action combines with a layered, thoughtful story full of hair-raising plot twists as Elijah struggles with the truth of who he is and what he means to the world.

Book one is set for release on October 8th, with release dates for book two and three scheduled for December 10, 2014 and February 11, 2015, respectively.

Seaton grew up wanting to become a director yet never forgot the days he spent devouring comic books in his hometown of Cleveland, Ohio. 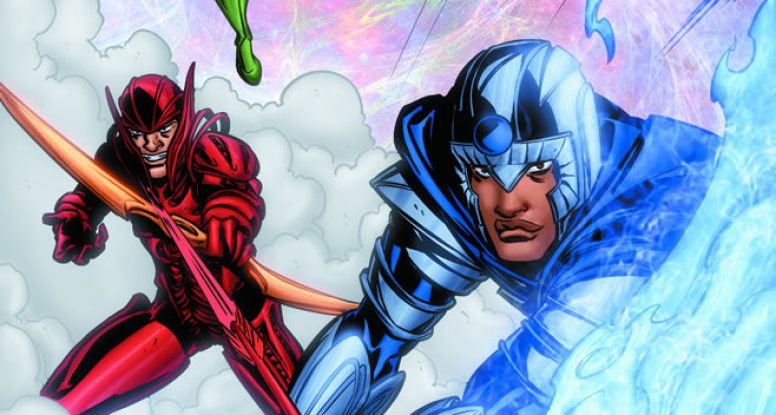 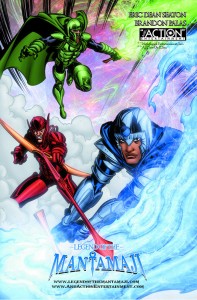 “My love for comic books started as a kid. My dad actually worked out of town and would come home on the weekends and take me around with him on Saturday. We’d always stop at a coffee shop where they would have comic books. I’d get to pick up as many as I wanted and I’d sit in the car the rest of the day reading the books and having adventures in my head, or the car if I could.”

13 Days to go! Legend of the Mantamaji Comic-Con Exclusive Table P-13! Stop by and say hi!

14 Days to go! See the trailer for Legend of the Mantamaji a Comic-Con Exclusive @ Table P-13

Legend of the Mantamaji in Comic-Con Events Guide

Make sure you see our page in the Events Guide and stop by Table P-13 for our Legend of the Mantamaji Book exclusives!