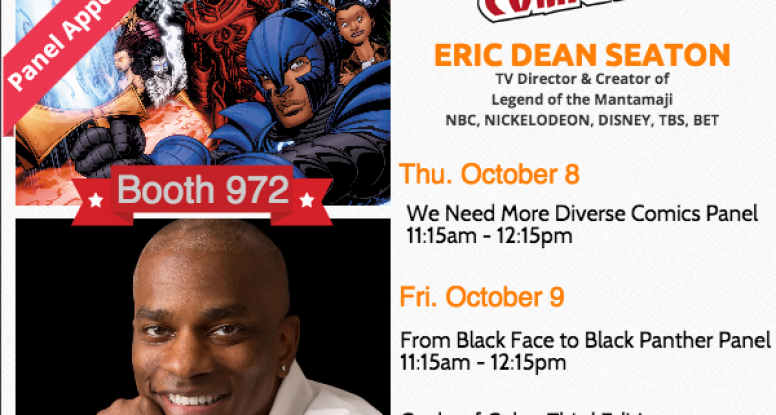 NEW YORK – Oct. 7, 2015 — Television director and graphic novelist Eric Dean Seaton delves deep into the diversity in comics discussion with three panel appearances and book signings for his graphic novel series “Legend of the Mantamaji” at New York Comic Con and an appearance of his work in the Schomburg Center for Research in Black Culture’s exhibit: Unveiling Visions: The Alchemy of the Black Imagination.

“Diversity in comics is an important conversation that is about more than simply creating characters of color. The conversation is also about creators of color owning and creating their own stories and publishers daring to challenge the status quo and publishing these stories,” Eric Dean Seaton said. 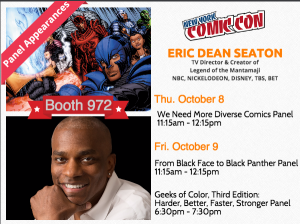 Unveiling Visions: The Alchemy of the Black Imagination Exhibit