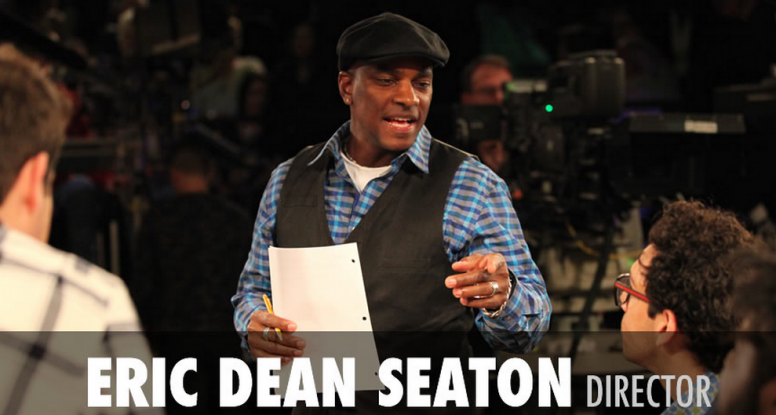 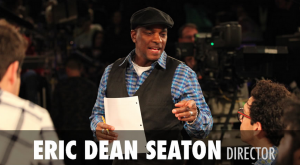 Eric Dean Seaton on the set of NBC’s “Undateable.”

Eric Dean Seaton was awarded the Samella Lewis Professional Achievement Award for his longtime, successful career in entertainment. The award is named after prolific artist, Samella Lewis and is for an African American alumnus who has achieved notable career accomplishments and made outstanding professional contributions, including professional impact, authorship of significant publications or in research and community service.

It is said there are half a million living Ohio State University alumni around the world, united under “Carmen Ohio,” eternally together for football Saturday and making their mark on the world using the knowledge and experience gained from their years at The Ohio State University. Television director Eric Dean Seaton is among those alumni making a difference. Since graduating with a film studies degree from OSU, Seaton has gone on to become one of the most sought after episodic directors in television. Saturday night, as a part of the grand Homecoming Gala sponsored by The Ohio State University African American Alumni Society, Seaton went from cheering on the Buckeyes to being being cheered himself as the 2014 recipient of the Samella Lewis Professional Achievement Award.

The Samella Lewis Award, named after the prolific African American artist who received her Masters and Doctorate in Fine Arts from OSU, is given to an African American alumnus who has achieved notable career accomplishments and made outstanding professional contributions, including professional impact, authorship of significant publications or in research and community service.

“I am so proud to have won this award, to be mentioned in the same breath as Samella Lewis, a consummate artist, is humbling, very humbling,” Seaton said. “I am so grateful to the university and African American Alumni Society for their support and encouragement.”

Seaton has helmed 38 different shows, 195 television episodes, 18 music videos and two pilots for Nickelodeon – “Bad Fairy” and “Sketch” – as well as two pilots for Disney XD, “Mighty Med,” which was picked up for a second season and “Kickin’ It,” which just completed its four-season run. He has also directed episodes of the NBC/Warner Bros. comedy “Undateable,” BET’s “Lets Stay Together” and “Reed Between the Lines.” He is a two-time NAACP Image Award nominee for Best Direction in a Comedy Series and has just released his first book in an epic three-book graphic novel series “Legend of the Mantamaji” on October 8, 2014.